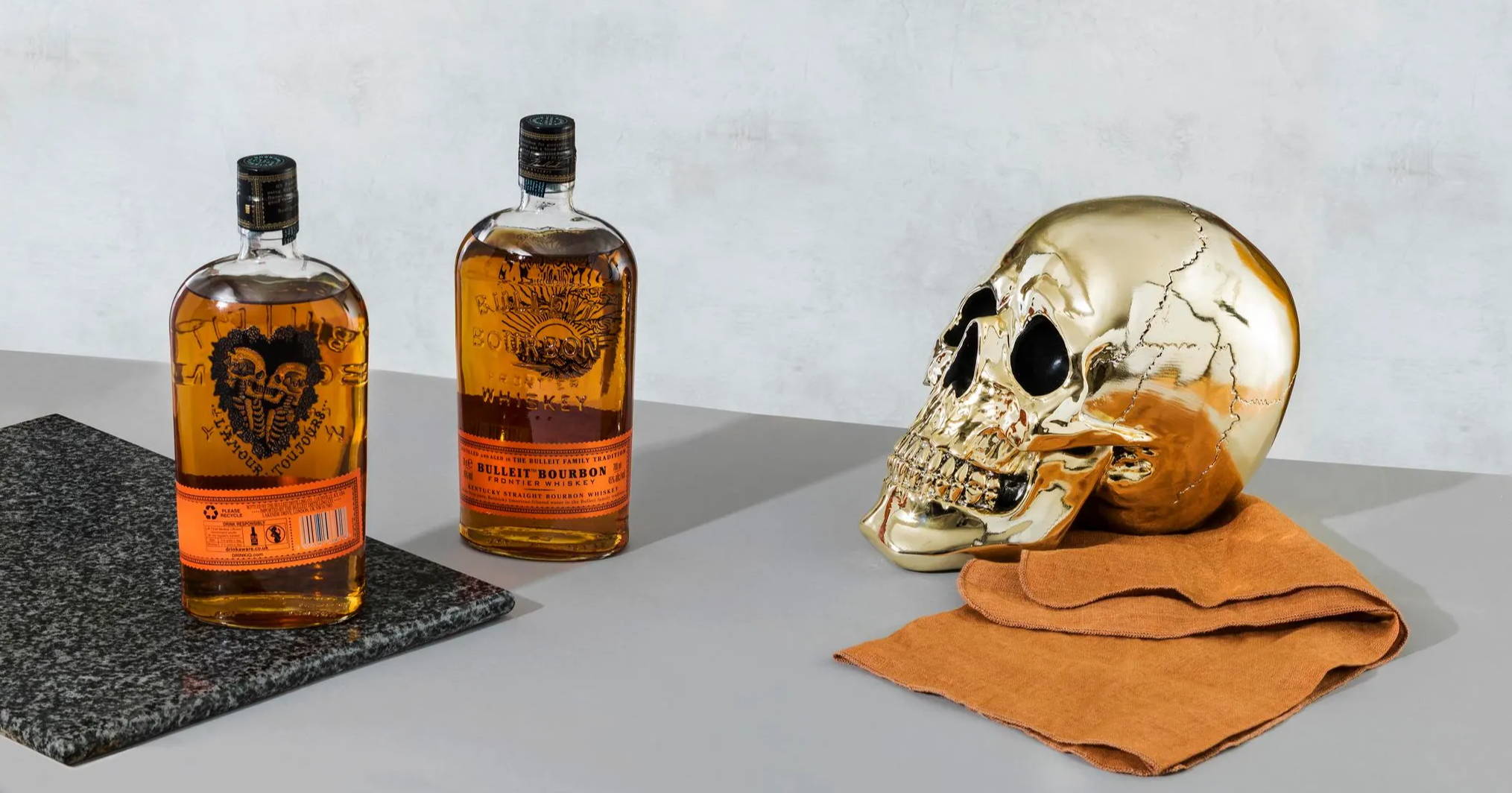 CHEERS TO TRADITION WITH BULLEIT BOURBON

Bulleit Bourbon is a Kentucky straight bourbon whiskey whose high-rye content and iconic frontier inspired bottle is a favourite among bartenders and mixologists across the world. When Tom Bulleit set out to make a bourbon unlike any other, he was inspired by a recipe created by his great-great grandfather Augustus Bulleit more than 175 years ago.

Crafted using pure limestone-filtered water and charred American oak barrels for all of the colour and some of the flavour, Bulleit is especially high in rye content, giving it a bold, spicy character with a distinctively smooth, clean finish.

In 1987, Thomas E. Bulleit, Jr., fulfilled a lifelong dream of reviving an old family bourbon recipe by starting the Bulleit Distilling Company.
Inspired by his great-great-grandfather Augustus Bulleit, who made a high-rye whiskey between 1830-1860, Tom left a successful law practice and risked everything to experience life on the frontier.
Sold out
Sold out 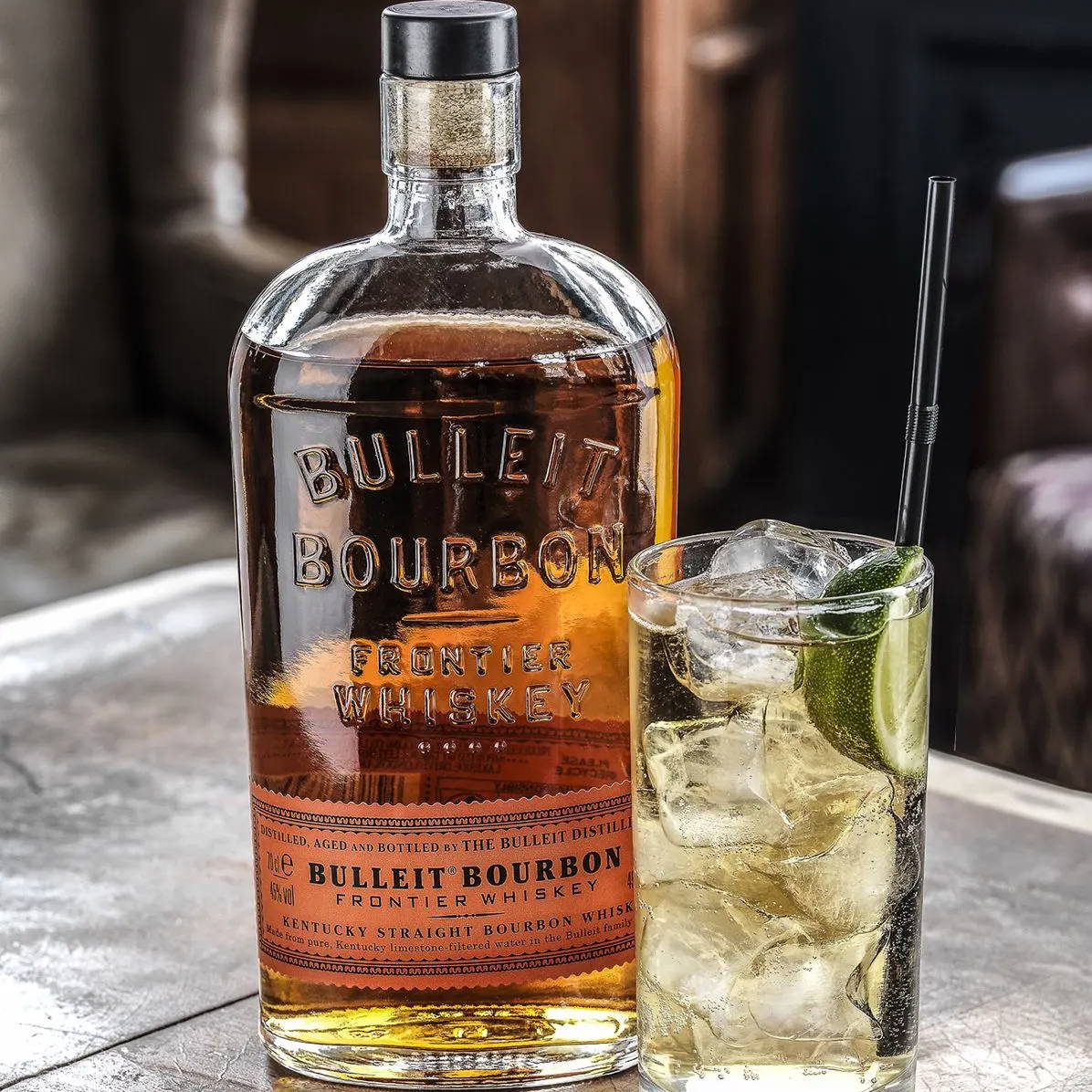 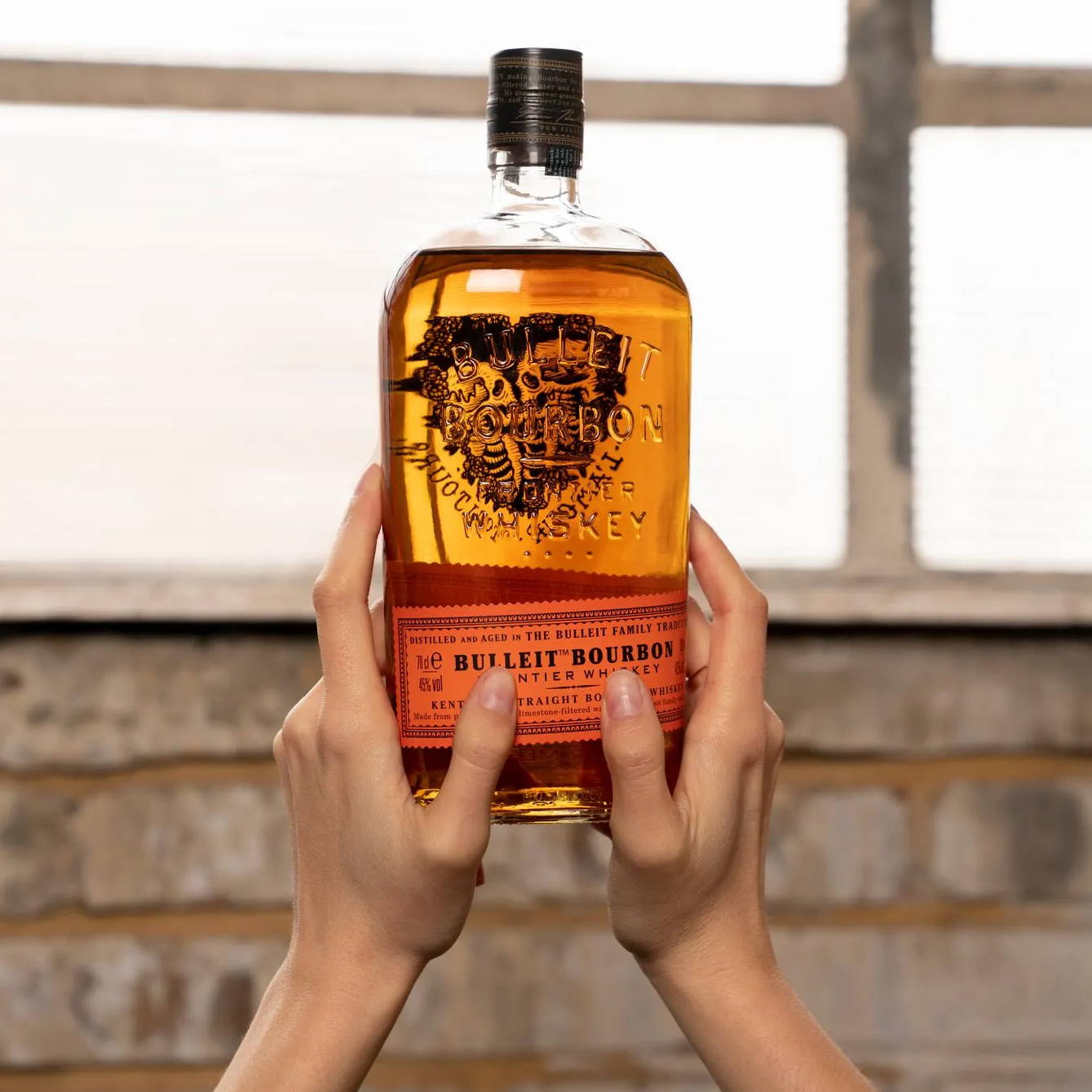 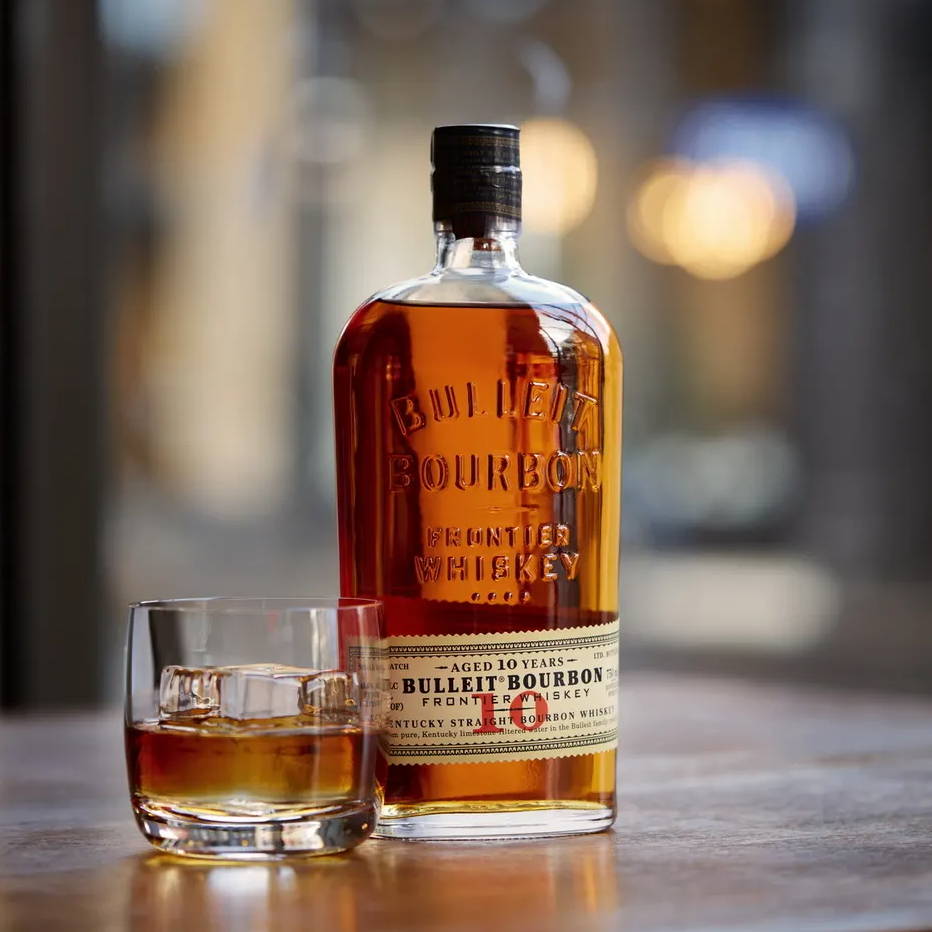 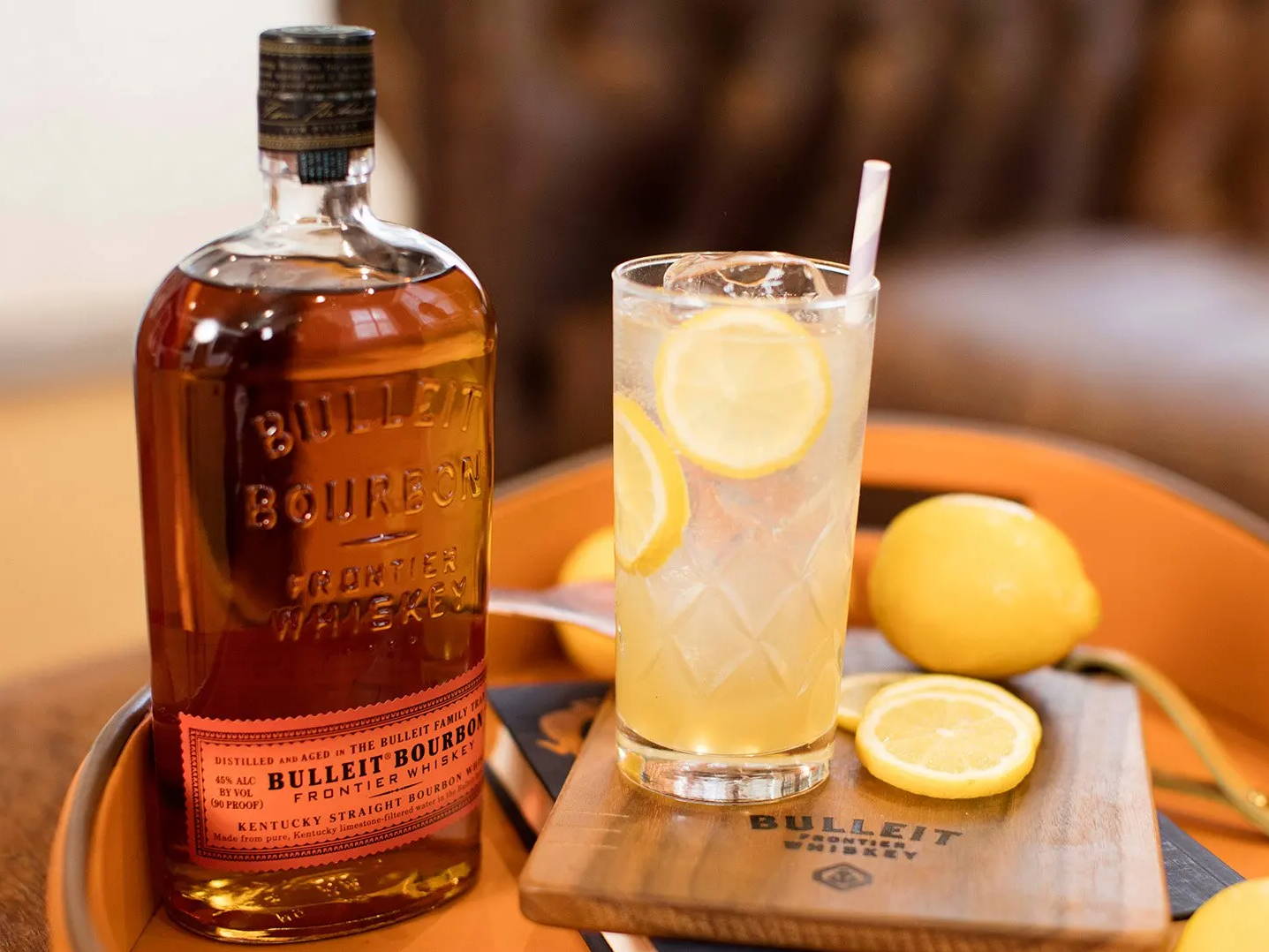 A tavern keeper in 1830s Louisville, Kentucky, Augustus Bulleit was dedicated to a single goal: the creation of a bourbon unique in flavor. After experimenting with countless varieties, he finally came upon a bourbon with the character he had long sought after.

One fateful day, while transporting his barrels of bourbon from Kentucky to New Orleans, Augustus Bulleit vanished. What happened is still unknown, and his creation nearly disappeared into history along with him. 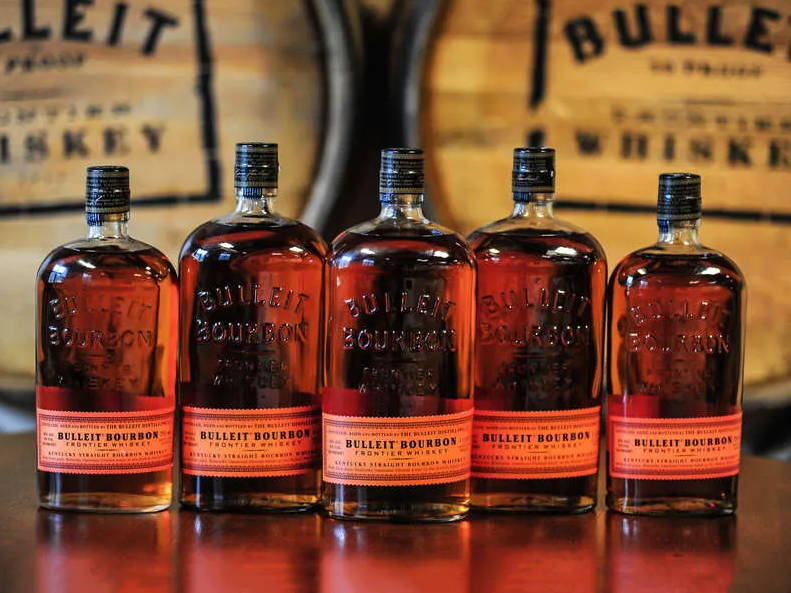 To this day, Bulleit Bourbon is distilled and aged in the Bulleit family tradition. High rye content gives it a bold, spicy character with a distinctively smooth, clean finish. Kentucky limestone-filtered water provides a foundation for the bourbon's character, while charred American oak barrels lend a smoky backbone.